The store will not work correctly in the case when cookies are disabled.

On September 11, 2001, I was in the Netherlands making drinks for some workers during a home improvement project when I saw the news on TV. An airplane had flown into the North Tower of the World Trade Center.

I couldn't believe what I was seeing, and I called my husband at work to see if he had heard the news. During that call, a second airplane flew into the South Tower. The images on TV were devastating as we watched the Towers collapse, taking the lives of so many innocent people, firefighters, police, and rescue workers.

In the days following the attacks, I was glued to the TV, trying to understand what had happened and why. I was in shock and often in tears, overwhelmed by the news, interviews, pictures, and videos being shown.

I had so many questions, as did the rest of the world. Who did this? Why?

Remembering 9-11 - A personal story by Debbie

Honoring the Victims and Heroes of 9/11

As someone who loves the United States and sees it as my second homeland, the attacks hit me particularly hard. On September 15, millions of Europeans observed a moment of silence in memory of the victims in New York and Washington, including the 412 emergency workers, 343 of whom were firefighters, who lost their lives.

My husband, our three sons, and I also had a moment of silence, and the workers who were still at our house came inside to pay their respects.

We had visited the Twin Towers years before the attacks, in 1989, and knew just how huge and tall they were. It was devastating to see the remains of the Twin Towers (Ground Zero) when we visited New York in December 2008.

By that time, construction on the 9/11 Memorial & Museum had already begun, and we were able to visit it in May 2019. The Memorial is a park at street level above the Museum, with two large recessed pools (the footprints of the Twin Towers) and waterfalls featuring the victims' names inscribed on the parapets.

The Museum tells the story of 9/11 through media, personal stories, and authentic objects, presenting visitors with a sense of loss, recovery, and hope.

A firefighter at Ground Zero

Visiting the 9/11 Memorial & Museum and One World Trade Center

Visiting the 9/11 Memorial & Museum was an extremely emotional experience for both my husband and me. Walking around the underground basements of the "old buildings" really brought the tragedy to life.

We also visited One World Trade Center (Freedom Tower), which stands as a beacon for the new downtown and a bold addition to the skyline. It is the tallest building in the Western Hemisphere, standing at 1,776 feet (104 stories), and already an iconic landmark in New York City.

Debbie: I took this picture during my visit in May 2019

Reflections on 9/11 and the American Spirit

These three places profoundly impacted me, and I will never forget the bravery and strength of the American people in the face of such tragedy.

I feel grateful and honored to have visited the United States and its amazing people so many times, and I hope to continue doing so in the future. God bless America.

Debbie: I took this picture during my visit in May 2019

As I end this blog about 9/11 and firefighters, I want to remind all of you that it is an honor to pay tribute to the heroes of 9/11 and all firefighters everywhere.

They risk their lives daily to keep us safe, and we will always be grateful for their bravery and selflessness. Thank you for your service.

A BIG HUG to all of you, and please STAY SAFE,
Debbie 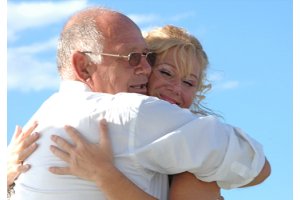 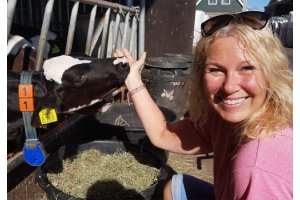 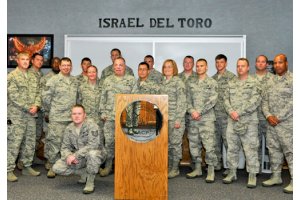